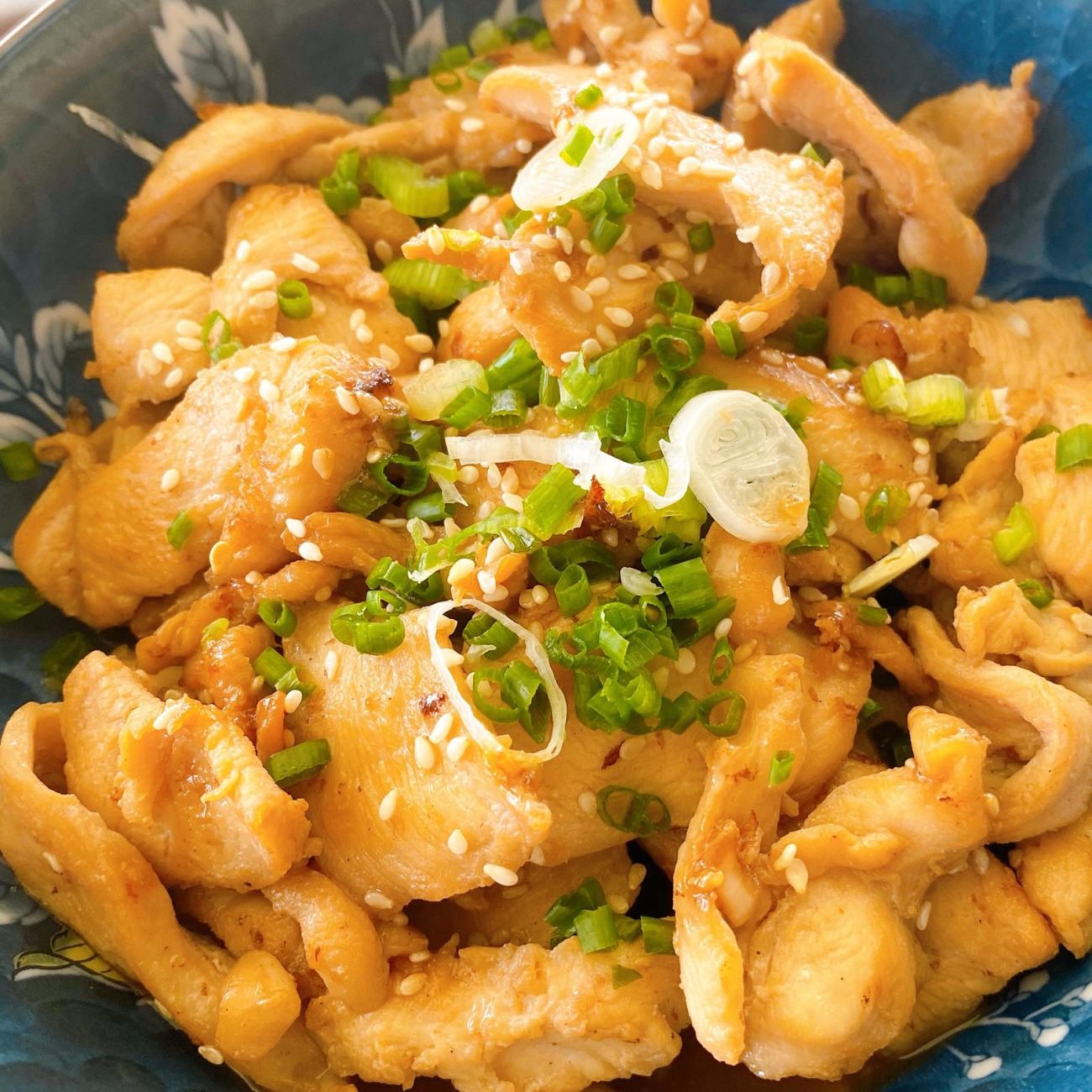 Korean BBQ or Bulgogi is usually made with beef, maybe pork and sometimes chicken, and if using chicken, usually chicken thighs are used as it is juicier and less dry than say chicken breast. But this recipe allows you to enjoy Chicken Bulgogi with chicken breast without it being dry. The chicken stays succulent and tasty without feeling greasy.

You can use this marinade for firm tofu, king oyster mushrooms or fish (add some minced ginger too).

I picked up this recipe when I was in Melbourne and we attended a free Korean cultural cooking class and talk held at a university by the Korean Embassy. It was a fun way to spend the afternoon FOC while on holiday doing something we enjoy. Cooking and learning about food cultures. However, post holidays, we forgot about this till 2 years later, I was cleaning up a stash in a corner and viola! The recipe given to us surfaced. It said it was good for chicken, mushrooms, fish, etc. I can’t remember if I used chicken or pork at the class since I do not eat beef. But I remember it was pretty good.

So I decided to try it again with 2 chicken breasts in the fridge. This is a very versatile and super easy recipe. But I added one secret ingredient to keep the meat succulent. A trick I learned in another cooking class by a Chinese Chef for making shredded pork. I decided to use the same trick on chicken fillets in my Lemongrass Chicken recipe and it worked so well, that this time I decided to try with thinly sliced chicken breasts and set it to the ultimate test. I am glad it did well too.

Baking soda acts as a meat tenderiser and deodoriser. It is also commonly used in baked goods, so if you have no qualms about eating it in baked goods, you should not worry about having it in your meats too. Some people prefer to marinade with larger quantities of baking soda and wash it off. But I chose to use a smaller quantity and just let it stay on. I found this article on Business Insider amongst others talking about this method of tenderising and they chose to add the soda before marinade. Just that I am taught to add it later, so that is what I do. So I guess it doesn’t really matter.

Do note not to use too much of baking soda as it will affect the taste of the chicken. Just a pinch for say 300g of chicken will do. If you are worried that you will add too much, I guess it is safer to dilute the baking soda in some water and soak the chicken in there for about 10 minutes first and then rinse off before the marinade.

I vaguely recall someone telling me that what baking soda does is that it draws moisture into the cell structures, thus keeping it succulent. So I did a bit of research to confirm this and it is so. This is actually a common technique used to stir fry beef for beef with broccoli or chicken cubes for kung Pao chicken. But it is also usually used with corn starch and egg white.

This bulgogi dish can be prepped and marinated and ready to eat in 30 minutes or so because the chicken marinates quickly since it is thinly sliced. Thus, this is a great last minute meal prep! If you are on a low carb diet, you can just eat it with kimchi and lettuce leaves too. But of course being the rice bucket that I am (direct translation of 饭桶, which means a person who loves rice), I will have it with rice. And today, I had it with rice, soup  and stir fried vegetables, Chinese style.

It is also great with noodles, wraps or rice rolls cause it is just so tasty! Hope you enjoy it like we did!