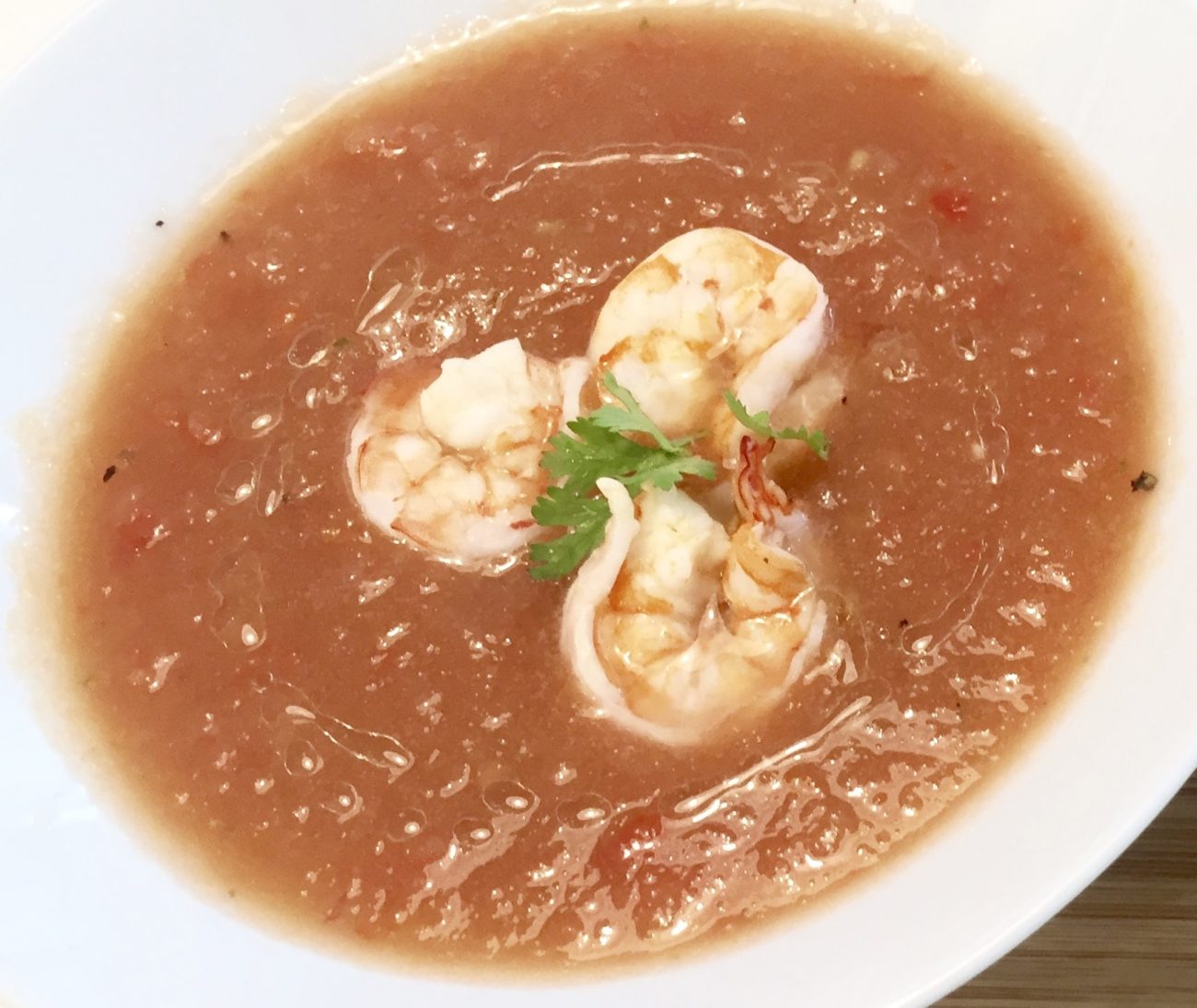 A refreshing no cook vegetable soup for a hot day.

Gazpacho is a cold soup of Spanish origin traditionally made with raw vegetables, but we make it with cooked ones nowadays too. Usually it is made with tomatoes, but I think nowadays other vegetables are used. My first attempt at making a chilled soup was a cooked cucumber soup adapted from Jamie’s (Oliver) recipe. I can’t quite remember when I started having gazpacho but my most memorable one was something I had in Barcelona. It was a cold almond and soy milk soup poured out like milk and served with chunks of mackerel and tomatoes. It was really a pleasant surprise and so delicious. 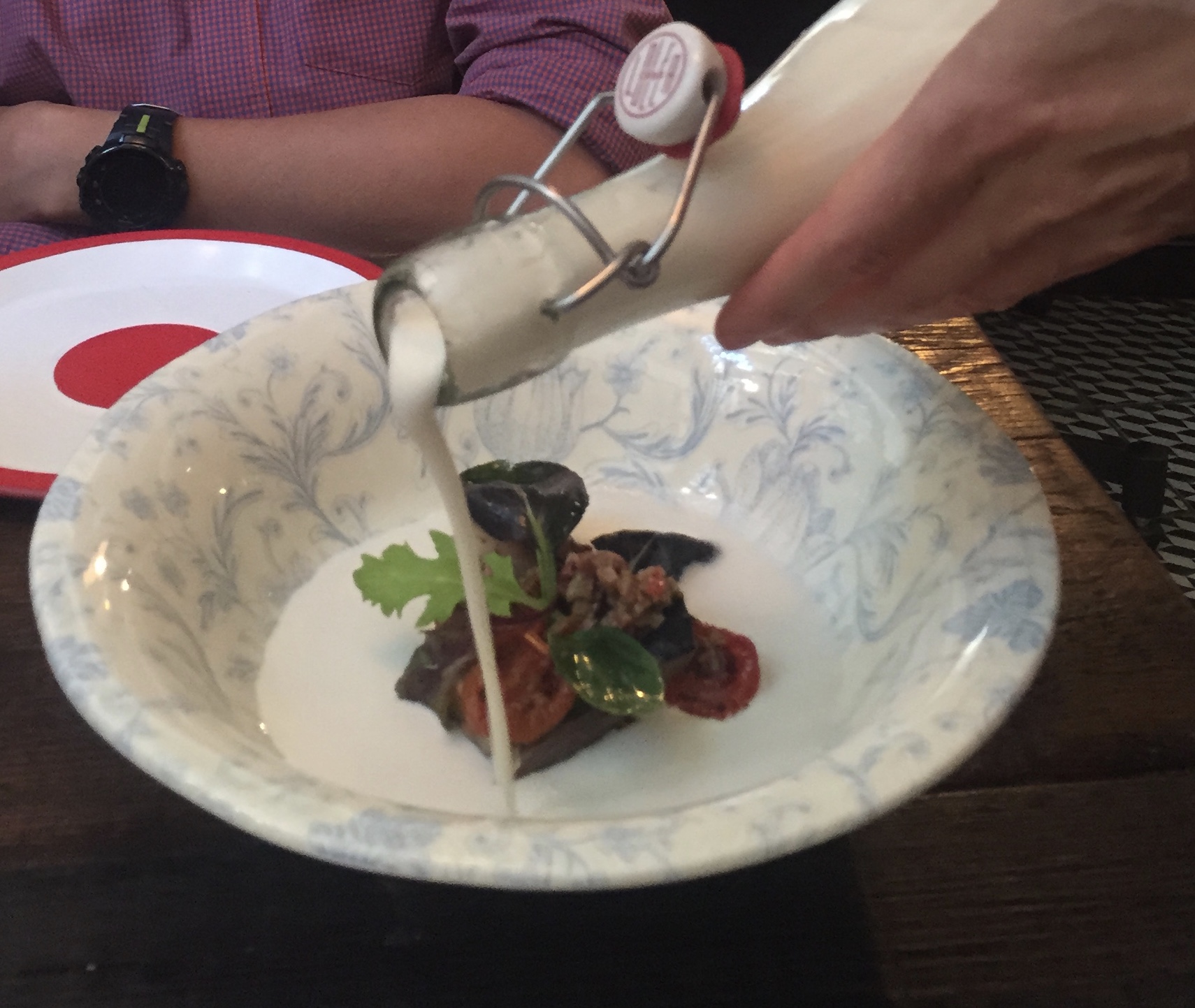 Since then, I am quite open to trying chilled soups especially in our very hot weather. I think a lot of people in Singapore are still not familiar with gazpachos or the idea of a cold soup. The very thought of it just feels weird and even gross. But don’t we have cold noodles?

This is rather surprising considering the heat in Singapore. I went for a meal with some friends and the cold potato gazpacho was part of a set meal that you just top up $1 for a soup and drink. They either chose not to order the set  or chose to upgrade but told them not to serve the soup. After trying my soup, they all agreed that it was delicious and refreshing and started to ask for the soup too. So, really don’t be afraid to try gazpachos. BTW, this happened at Queen and Mangosteen at Vivocity and I am quite happy with their set lunch. Ok, that is another story.

In the worst case, you can always heat up the cold soup in the microwave but it is quite a pity  to miss out on a refreshing soup especially on a hot day.

What better way to start a warm morning with a refreshing cool soup? Simply blend tomatoes, peppers and cucumber and season with olive oil, salt and pepper. Tangy, sweet and fresh, served chilled. Top the gazpacho a shrimp and serve with a multigrain toast if you want to dine with more finesse. This is a great breakfast that is more filling and nutritious than drinking a juice. Once prepared before hand, you just grab and go in the mornings. I usually make some and if there is left over, just store in fridge, ready to eat anytime of the day. =)

Gyoza wings still in experiment by the hubs. We we