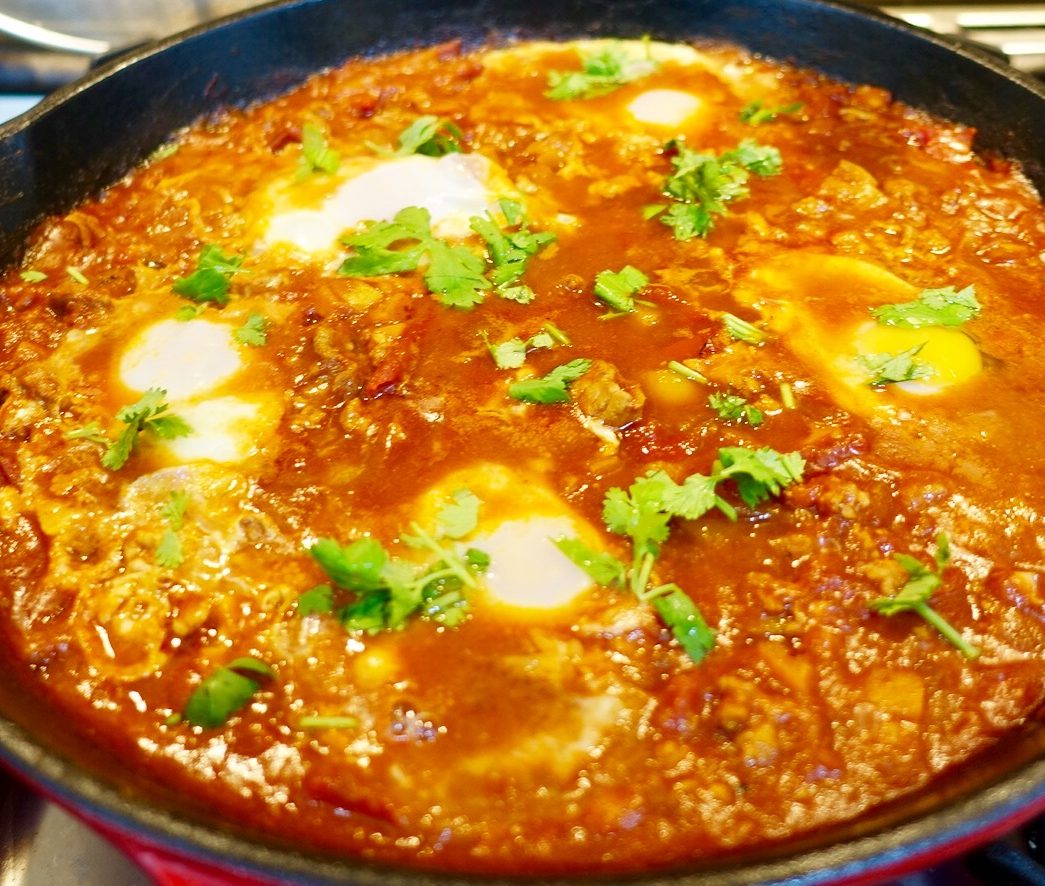 Shakshouka or Shakshuka is not a very well known dish and I only came across some shakshouka recipe videos earlier this year on some youtube video and first tasted it thanks to a friend who brought some over for a potluck brunch. Then I tasted it again while dining out although I really cannot remember where now because I was a bit disappointed. Ed is sure I can make a good shakshouka and wanted me to try and we have been wanting to make it since but somehow kept forgetting.

Although commonly eaten as a vegetarian dish, shakshouka is so versatile that like other curries and sauces, once you get the basic taste profile right, which is the tomato base and the spices, you can play around with options like adding chillies, bacon or minced meat or sausages, fish, etc. This is a one skillet dish that is soooooo… easy and healthy! Great for parties or gatherings because there is less washing up to do too! And it just looks so good on the table.

I used our cheap cast iron skillet we bought from USA (not le creuset) and it looks good enough to serve the dish with too. I think you can use any pan but the cast iron keeps heat well. This pan can serve shakshouka for probably 4-5 pax. Hubs complained that the only problem with today’s meal was that there was not enough shakshouka because it was so darn good! Everyone was wiping off their plates with the breads and cucumber and if I was not there, they may well abandon all courtesies and lick the plate. =P

If you decide not to eat it with bread, you can try other carbs like potatoes or fresh pasta (I had a sourdough pasta dough sitting in the fridge for almost a week that we have not had time to roll out) and supplement it with toasts or croutons, or even cucumber and carrot sticks. However, bread is still handy in soaking up the scraps of sauce on the plate. I had 3 cucumbers sitting in the fridge and I was thinking how I can serve it. Pickle? Salad? Finally, I decided to just chop one up into sticks for them to dip the sauce with. It is a hot day and the cool cucumber was quite a nice side. Keep it simple and fresh!

Meat is optional as shakshouka is often served vegetarian. You can use pork, beef, chicken, bacon, or even fish. It is commonly served with sausages too. I prefer not to use sausages as being in food manufacturing before, I have suppliers tell me too many horror stories of what is in some of the sausages out there. So I rather use fresh meat.In fact, I buy freshly ground meat from the butcher at the market. I am one of the most easy going people but when it comes to processed foods, I am quite a stickler. I like real food.

I actually used 2 cuts of pork today. Minced pork shoulder and sliced pork loin. Reason being I only had 250g of minced meat and that will only be 50g of meat per pax. Probably insufficient to feed 4 men and a lady with a men’s appetite. So I threw in some pork loin.

I also had a packet of Old El Paso brand Taco Seasoning Mix that I bought donkey years ago that I recently uncovered. I bought it to test for a backpack trip last year but never got round to it. It basically has ingredients pretty similar to shakshouka – tomatoes, paprika, cumin, peppers, salt, etc. Perfect opportunity to use that. If you decide to use it, then skip on the cumin and salt in the recipe and adjust your paprika and peppers accordingly.

The pack was supposed to cook 500g of minced meat. I used about half the pack to marinade my minced pork and 1/4 of it to marinate the pork slices. The rest, I just threw into the pot. I added 3 tsp of paprika (1 spicy and 2 sweet) and 2 tsp of cayenne pepper. I did not have to add any more salt, cumin nor pepper to the sauce. You can get this pack from NTUC or Cold Storage. Actually, I wanted to test the packet and see if it is good for me to use it as a seasoning for my upcoming backpacking trip. I think it does! I mean, I am not a fan of blended seasonings usually because you have no control on salt and sugar etc. But I only use it for special reasons like when I am backpacking and the ingredients of this one looks ok. If you are not one to stock up on spices like cumin, this is a good alternative. 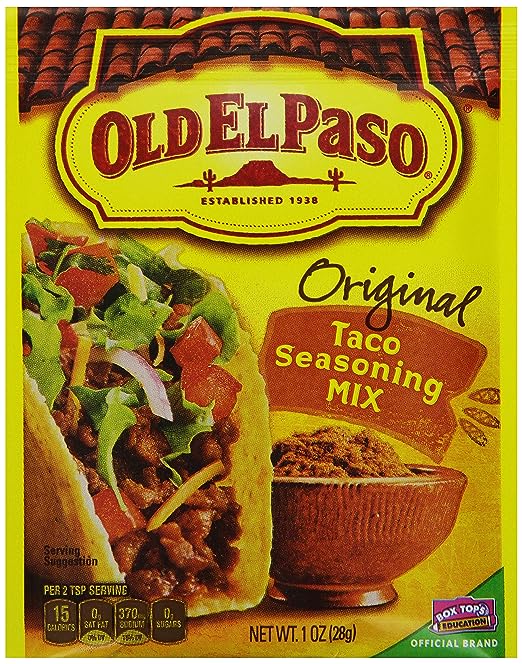 One of the highlights of this dish are the eggs. To me, the runny eggs gives the dish an additional dimension. However, if you like your eggs less runny, it will still taste great. If your party has some preferring runny and some firm, just time the eggs break them in at different times. This dish cooks pretty quickly so don’t let it dry out. If it does, add some water to it and let it boil. No big deal.

Shakshouka is such a comforting and heart dish, it is great as a hearty breakfast, lunch or dinner. I am so surprised that this comfort dish has escaped my notice for so long!!! I hope you will enjoy it as much as we all had.