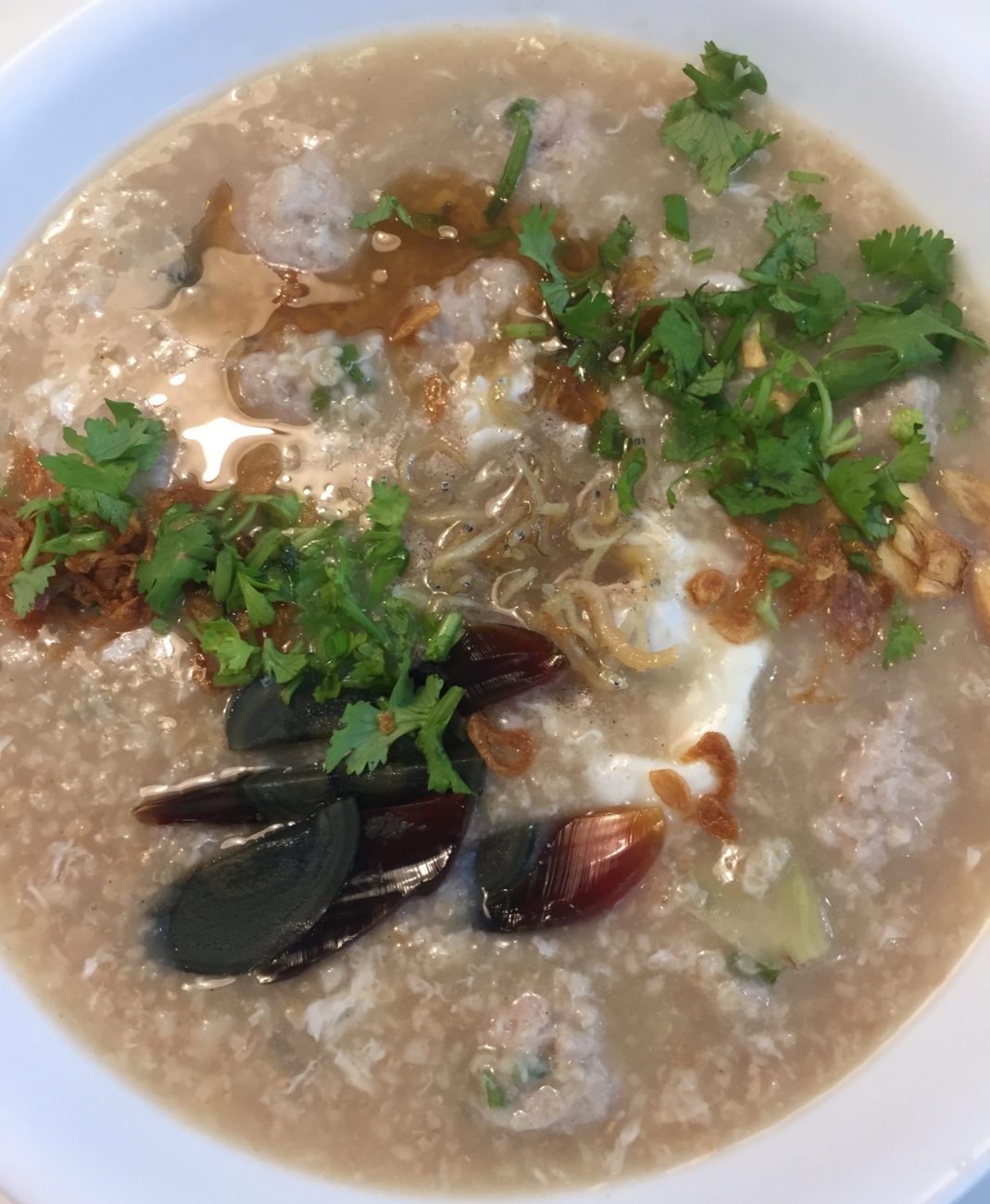 Instant, healthy and tasty Century Egg porridge made with Oats.

Yes, this is a porridge cooked using only oats and no rice. I love porridge. Be it century egg porridge or fish sliced porridge. But in recent years, I do sometimes feel sleepy after eating congee. A sign that the sugars are rather high. Or maybe I need to eat that much to feel full because congee is pretty watery.

Recently I discovered savoury way of eating oats.  An idea struck me. The texture of oats is so soft, it is like congee. Maybe I can use oats instead of rice… Wah, that means this is a quick cook century egg porridge and much healthier!

With that thought in my mind, it took me 2 weeks to finally get down to trying the recipe for a lazy lunch just now. OMG it is really instant porridge. I can cook it a little longer to make the oats softer, but I am happy with it as it is. I only cooked this for less than 5 minutes.

This huge bowl was probably a little too much for me. This is about 3/4 cup oats with 3 cups water. I will recommend revising it to 1/2 cup oats per pax and 1.5 cups water for a single person. If you want it to be stickier, then use slightly more than 1 cup of water. I think this really opens up a lot of possibilities! Pork ribs porridge, BKT porridge, mixed porridge, etc… Let your creativity roll!!

BTW, need to rave a bit on the meatballs. These are not like the bak chor mee type of meatballs. These are home made, minced meat balls. They are also really nice and springy with loads of flavour. I usually use meat minced from front leg of the pig. This cut is more tender and has a small amount of fats so it is less dry but not too fat. I also added a tsp of tapioca starch and 30% of fish paste so that the meat balls are more bouncy and not so meaty and nicely flavoured with the fish paste. No salt needed as the fish paste is already seasoned. Simply season with a little sesame oil, a dash of hua diao wine and pepper. Bursts of flavour that are so good! If this is for a quick breakfast on a weekday, I will prepare the meatballs or whatever ingredients the night before and let them sit covered in the fridge. So all I have to do the next morning is boil water, throw the meatballs and oats in.

@whatscookingdoc gave me an idea to cook green cur

My green and brown breakfast. Wanted to make it pu

In my attempt to cut carbs… hubby said I trying

Breakfast set for 1 @oasiasentosaescape… I need

Had such a frustrating and high strung day at work

Simple lunch @lebonfunk. Will be back. A nice brea

My instant dinner for one. Mushroom ravioli with